What do elephants do during lockdown? 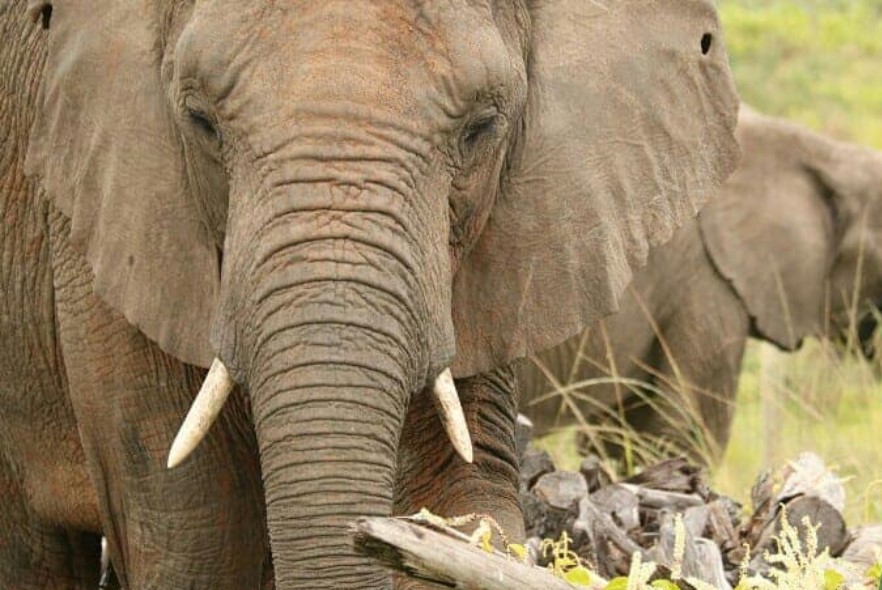 When South Africa went into lockdown, the park where our Elephant Care and Research project is based closed its doors to visitors and volunteers.

This provided the research team with a unique opportunity to observe the behaviour patterns, elephant antics and any changes to the social structure of the herd, with minimal disruption from human beings. Throughout this time, the elephants have spent a lot of time in an area called ‘trefoil’, where there is a variety of food available for them to graze on and even trees which the elephants enjoy pushing down! Hear some of the team’s observations throughout the period of lockdown so far: 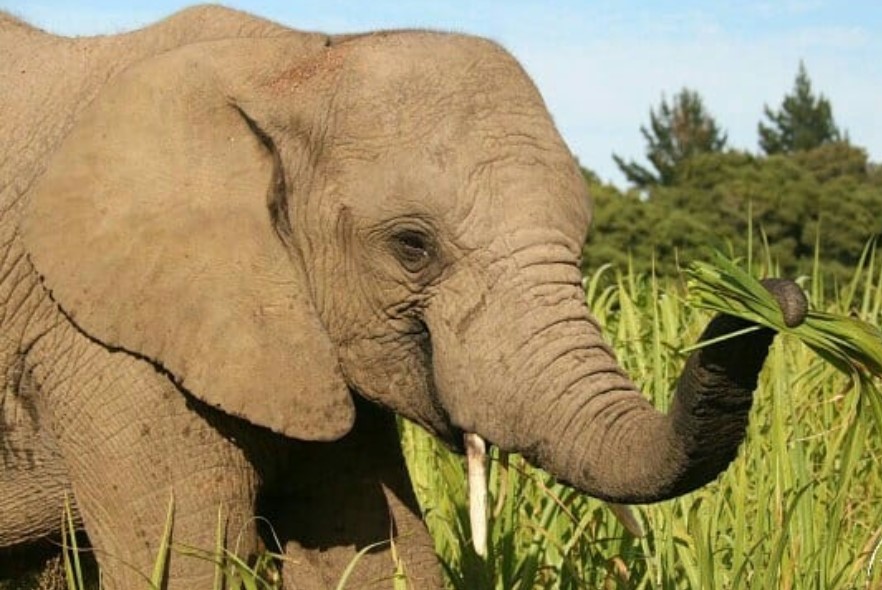 The herd was deep in trefoil during the first few days of lockdown and enjoyed lots of pushing trees and breaking shrubs. From grazing out in the relative open, at one point nearly all elephants suddenly began moving deeper into the bush together, as if they were called by a silent rumble not meant for human ears! (Most likely the matriarch Sally calling for them to follow). 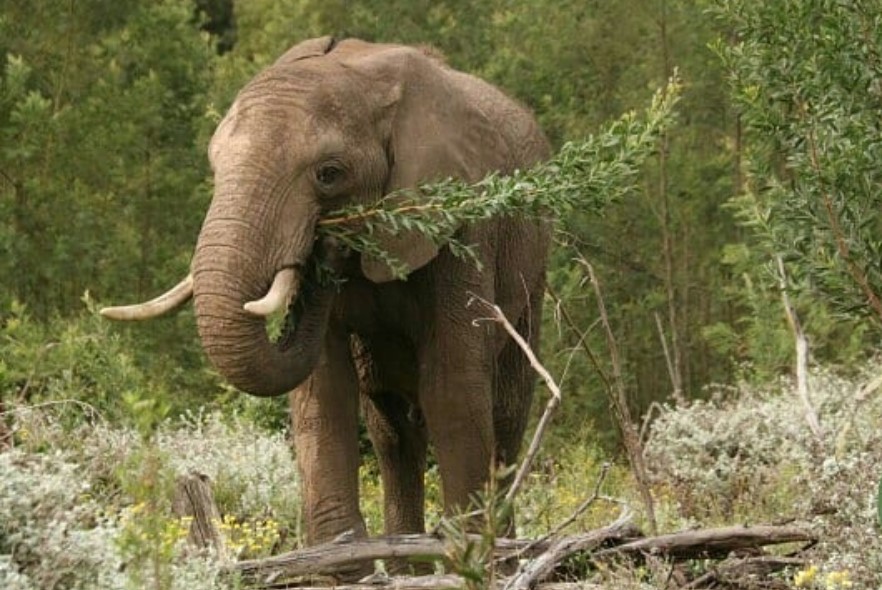 The elephants were in and out of the bushes and Shungu in particular enjoyed eating all the water lilies from the little dam there. There’s so much to explore in the trefoil area as the elephants usually only spend time in this part of the park during winter months. The team jokingly said that the herd are on an all-inclusive holiday where the buffet never closes! 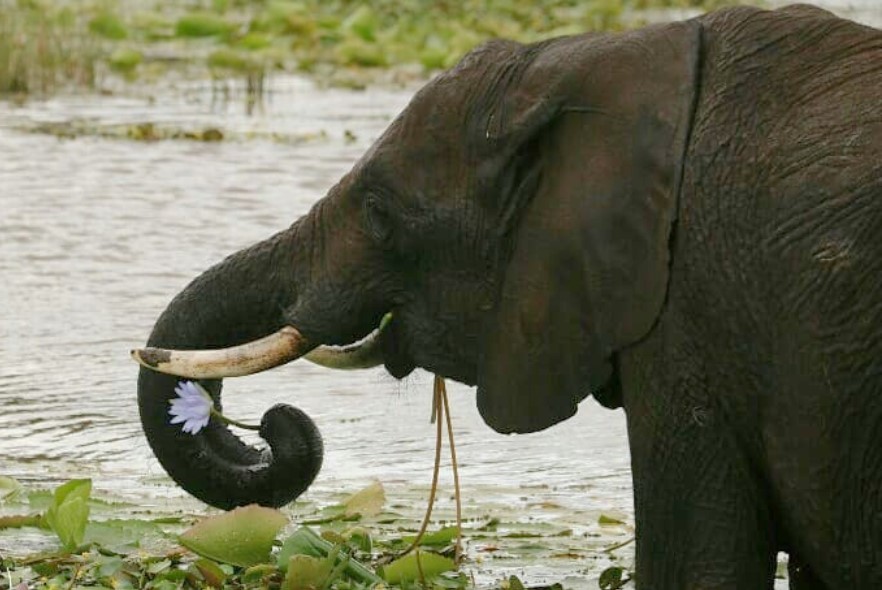 Halfway through their first week in lockdown, the elephants spent some time in the open, grassy area of the park. Mashudu (the ‘poster boy’ of the herd) chose to do a little dusting at the top of a ridge in the park (there are some quite steep slopes!), so the team were able to snap some cool photos from a different angle. 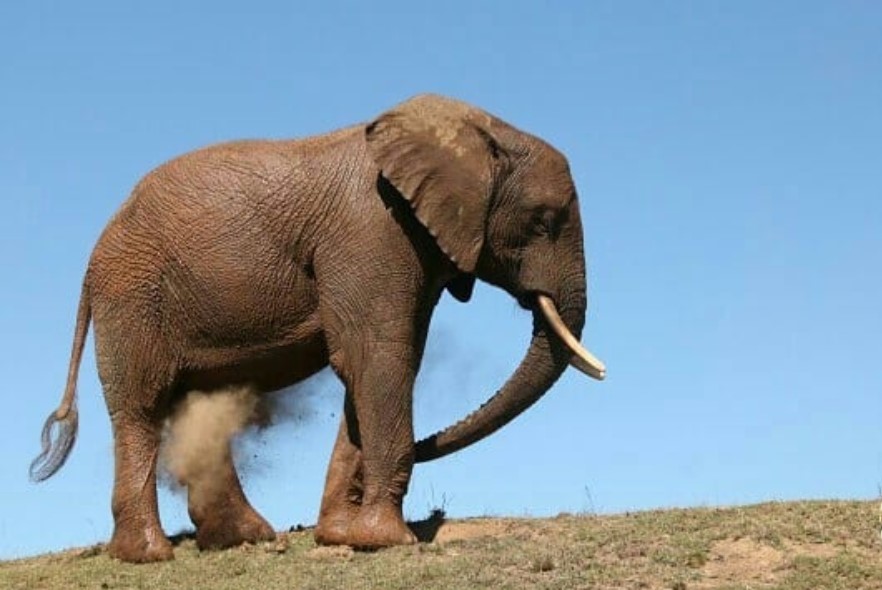 Back to trefoil again! The elephants enjoyed their time diving deep into the woods, rubbing against bark and having to lift their legs as high as they could to traverse the almost “jungle gym” like environment.

Thato (the youngest of the herd) was observed rubbing her face and trunk on a large shrub, and at times standing directly over it so that the leaves rubbed against her stomach. She seemed content to not eat the plant, but rather employ it as a scratcher, enjoying the sensation of it against her skin.

Thato seemed to be in a playful mood and her silly personality emerged – she tried so hard to get Shungu’s attention, rubbing and gently pushing her head against him and wrapping her trunk around his head. Shungu ignored Thato for quite some time until eventually caving in and the two were observed engaging in some playful sparring! 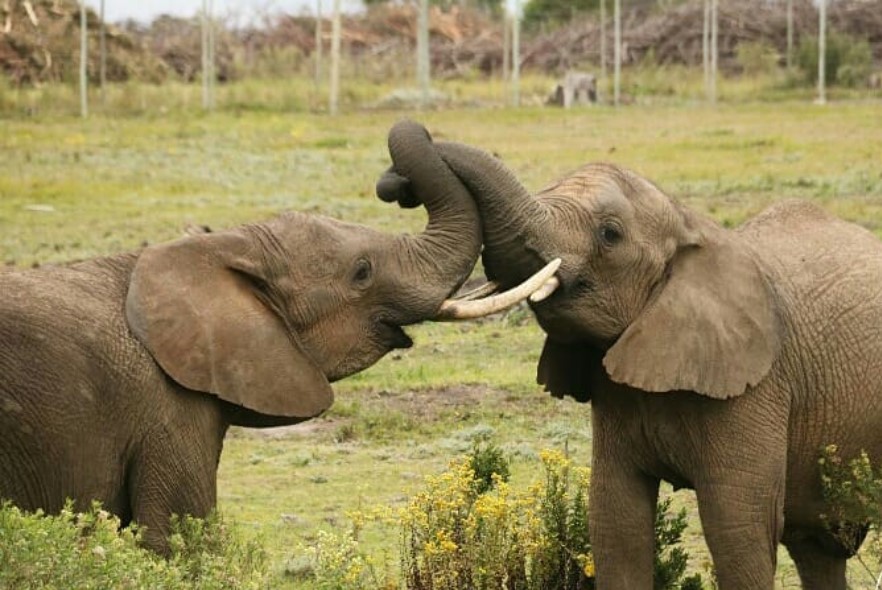 At the end of the first week of lockdown, the elephants became masters of disguise, immersing themselves deep in the woods and making it difficult to record observations. Amari (a quiet gentle elephant that likes to keep to herself) even seemed surprised to see the researchers when she eventually emerged from the woods.

When matriarch Sally emerged, she headed over to two of the guides that help care for the elephants, interacting with them. Sally was followed by Thato, Thandi, and Keisha who all stopped to engage with guide Kevin too – who patted each of them on the trunk. The elephants all initiated this contact with Kevin and it became clear they definitely have a strong bond with him. 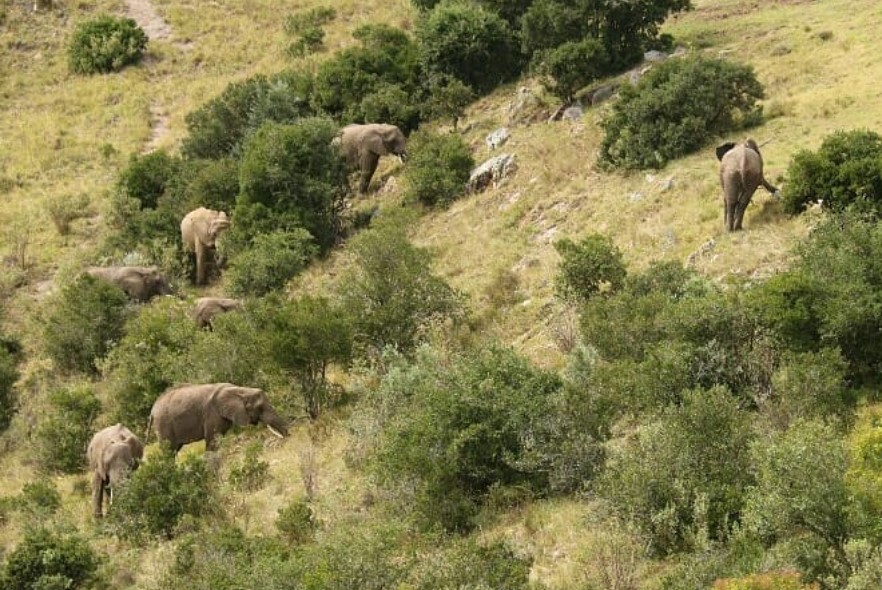 More elephant antics! In the past week or two, the elephants have been keeping the research team amused as well! The cheeky Thato found great joy in throwing giant pieces of grass on her head, making it look like she was wearing a fancy hat! 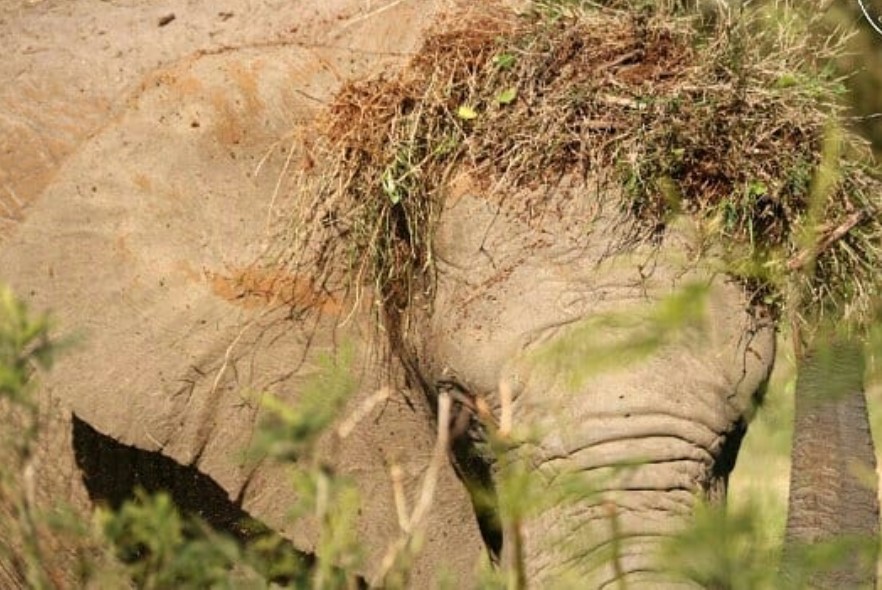 As lockdown continues into its second and third week, it’s interesting to see how the dynamics and relationships of the herd have developed. Whilst some members of the herd appear to be forging stronger bonds with each other, other members have taken the opportunity to spend more time exploring individually. 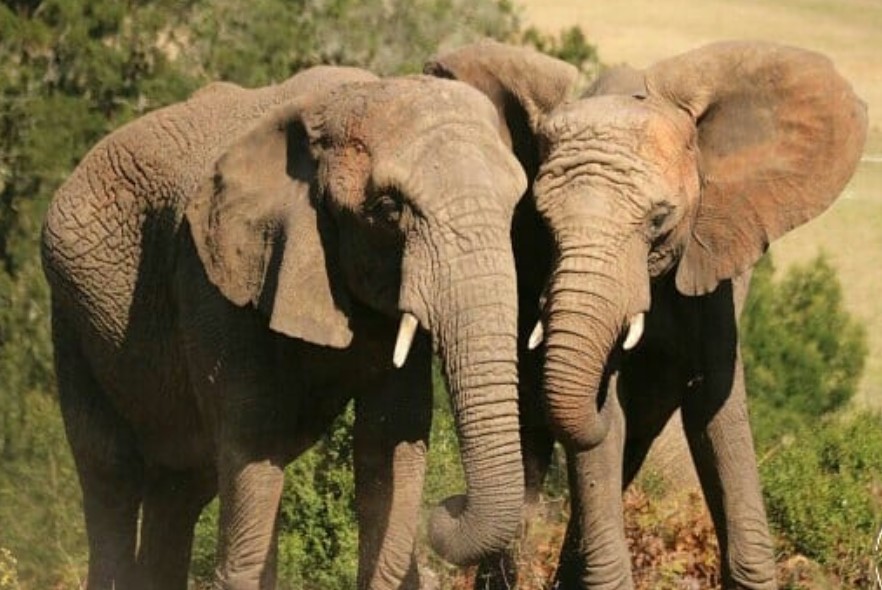 Find out more about this project and how you can support their research here: https://www.podvolunteer.org/projects/elephant-research-south-africa