The big nutrition drive in Peru 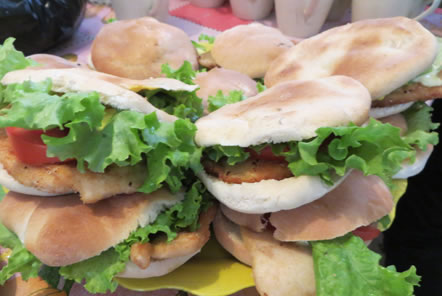 At the project, the impact of malnutrition is clear; the children suffer from stunted growth, rotting teeth, weak bones and lack concentration while studying. When volunteers arrive at the school they are often surprised to hear how old some of the kids were - because on first appearance you would easily think they were 2-4 years younger.

Increasing awareness and education on nutrition and health issues is very important to the project, recently volunteers have led “Veggie Week” as children learnt how to grow their own healthy food reading the children’s book “Growing Vegetable Soup”.

The daily meals that our Community Education project provide for free include eggs, quinoa (a protein rich grain), oatmeal, cheese and occasionally fruit. Whilst these daily snacks are beneficial, they are not enough to meet the dietary needs of these budding young students and so the project are aiming provide the children with other essential food items including red meat, yoghurt, milk and chicken. This however takes some serious fundraising!

Over the course of the year, volunteers have been initiating fundraising schemes in Huaraz to complement their volunteer work and they have come up with fantastic initiatives.

For St Patrick’s Day, "California Café" a popular café for tourists in Huaraz, agreed to host a fundraiser with games and prizes donated by local businesses in Huaraz. In April volunteers and children rehearsed for a fantastic Flash Mob in Plaza de Armas to the catchy tune of “Sapito” or “Little Frog” and the annual "Santa Dash" is becoming legendary!

Volunteer Sally gave her account of the amazing day of the flash mob:

“In the anticipation that some of our little dancing 'sapitos' would get a little stage fright before their public debut, we whiped up some frog masks to make the whole experience a little less daunting.

As we approached our Flash Mob location there was a chorus of “Professora...professora, no puedo” -“I can't do it, I can't do it”, but once the frog masks were on and when the music started playing it was a completely different story; the transformation was miraculous! At the end of our performance we received a warm applause from onlookers, then to our delight the kids shouted “oltra vece, oltra vece” – “again, again!” So we asked the local crowd if they wanted us to repeat the dance to which they responded “si, si!”. So we did the dance again. Despite being quite puffed out by the end of the second time around, the kids still wanted to perform another time but we decided to pull the plug and go back to school!

Overall it was a really energising and satisfying experience. To see the children conquer their fears of performing in public, watching them have so much fun jumping and boogieing about. Definitely something I would like to repeat again in the future, next time even bigger and better.”

As a result of the work of volunteers and staff, both past and present, they have reached their target of raising US $4000 to fund the nutrition program at our Community Education project. They have been able to purchase a year's worth of protein rich food which will go a long way in helping the students fight malnutrition, allowing them to reach their full potential and ensuring a much brighter future.

Click here to read more about our Community Education project and volunteer in Peru: www.podvolunteer.org/projects/community-education-peru