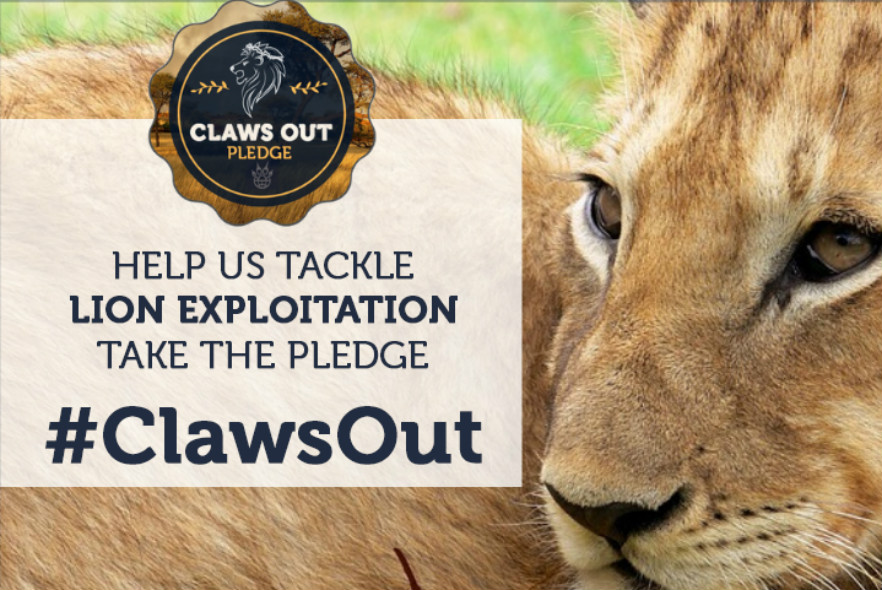 Pod Volunteer is one of the first organisations to work alongside the IAPWA (International Aid for the Protection and Welfare of Animals) to pledge to never sell or promote a facility that offers lion cub interaction, including cub petting and lion walking.

The Claws Out campaign aims to end the exploitation of captive lions in South Africa. It is working towards ending the cub petting, canned hunting and lion bone trades in South Africa after Campaign Manager Beth Jennings worked hands on with lion cubs, not knowing they would end up in these trades.

“We launched the Claws Out campaign after I volunteered with lion cubs in South Africa back in 2015. The trip was sold to me by a travel agency who had advertised it as two weeks raising orphaned lions to prepare them for release into the wild, which I now know is not the case. Every year, thousands of lions are being bred for profit and will die in captivity – we are taking a stand against this.”

Unfortunately many volunteers and tourists are unaware of the role they are playing in both the lion bone trade and the canned hunting industry so the Claws Out campaign is working to increase education surrounding the issue. Pod Volunteer has been helping to educate volunteers about the issues surrounding volunteering with lion cubs for many years, and you can read our "Why does Pod Volunteer not offer opportunities to volunteer with lion cubs" here.

The number of wild lions is rapidly decreasing and they are currently listed as "Vulnerable" on the International Union for the Conservation of Nature (IUCN) Red List of Threatened Species  which is correlating with the growth of the captive lion industry. The legalisation of the lion bone trade is creating an issue of supply and is encouraging increased captive lion breeding and its linked unethical wildlife interactions.

The launch of the Claws Out campaign aims to raise awareness and end of the exploitation of captive lions. 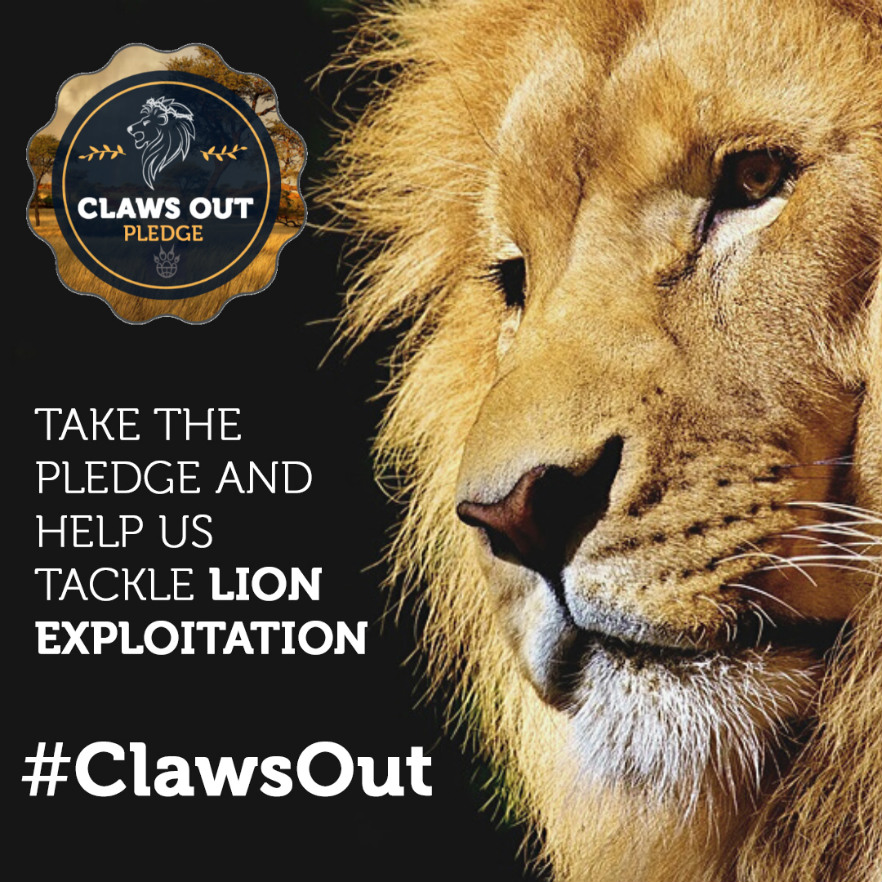 You can find out more about this campaign and take the pledge to help IAPWA tackle lion exploitation here: https://iapwa.org/claws-out/