My Return to the Elephant Care and Wildlife Rescue project 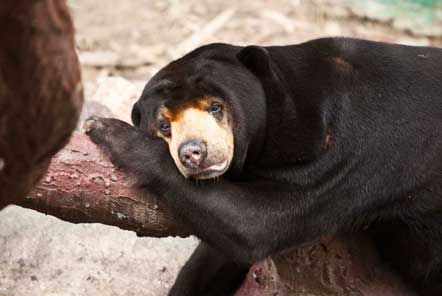 Before working at Pod Volunteer, Erin used her university holidays to volunteer at our Wildlife Rescue project in Thailand. She was lucky enough to get to return to the project with the Under 18 group. Here she remembers her time volunteering and the developments and changes she saw when she revisited the project.

I had just started my BSc in Speech Pathology and Psychology and part way through my first year, I knew that I hadn’t got travelling or volunteering out of my system, I was desperate to escape a rainy Manchester and go to a new country and volunteer with animals again. I’d kept in touch with a friend that I had met whilst volunteering for 10 weeks in South Africa the previous summer, by that point she was in her first year of studying Veterinary Medicine and when I told her, she said she felt exactly the same. That’s where the planning began!

We knew we wanted to work with animals in need and to go through an organisation that would offer ethical, responsible projects and support us throughout our placement and that’s why we decided to go with Pod Volunteer.

We decided to go to Thailand to volunteer for 3 weeks at the Wildlife Rescue project as this project allowed us to work with a huge variety of animal species that had been offered a safe haven at the rescue centre and for those who were suitable, an opportunity to be returned to the wild. This completely fitted with our passion for animals and also offered us both an opportunity to gain placement hours for our courses. I needed to gain 60 hours working with people from different countries and backgrounds, and my friend was able to get course credits for gaining experience with exotic animals.

Making enrichments was one of my favourite jobs as it requires you to be quite creative and come up with new and exciting ways to make the animals think and work for their food. The purpose of enrichment is to provide stimulation for these animals and where possible to replicate their natural environment and promote problem-solving behaviour that they would exhibit in the wild. So for example, in the wild, animals have to hunt or forage for their food; it is not handed to them on a plate so many enrichment activities involve food.

One of my favourite enrichment activities that I carried out with some of the macaques was to put a piece of fruit out of reach from their enclosure. I then took a stick and showed them how I could drag the fruit closer to me with the stick. Then it was their turn. I passed a stick into their enclosure and watched to see if they would copy. Some of them stretched their arm as far as possible out of the enclosure to try to reach and wouldn’t use the stick as a tool. Others took the stick an immediately broke it! A few did use the stick and pulled the fruit closer to them and ate it. The most surprising reaction was from a macaque called Tom who broke the stick and then put his tail out of the enclosure and used his own tail as the perfect tool to reach the fruit (he clearly didn’t need me to show him how to use tools)!

During my time at the centre I got to help to look after some amazing animals including Malayan sun bears, Asiatic black bears, macaques, gibbons, civets, a binturong, a tiger, exotic birds, reptiles and we also got to see the rescued elephants which were being looked after by their mahouts and fellow volunteers. The centre is a great place to meet lots of like-minded people from all over the world.

This experience further convinced me that my real passion lay in travelling and volunteering which is why following my graduation I travelled to South Africa and Namibia to volunteer again which lead to my role as volunteer coordinator at the Cheetah Reintroduction project. Following my return to the UK, I knew that I wanted to be able to stay in this industry and that’s how I ended up working at Pod Volunteer.

In August 2014 I was lucky enough to be able to return to the project in Thailand as the leader of the Under 18 group. It was so great to see the centre and the team there again. I recognised many of the animals there from my first trip including Bouncer; a 1 armed Asiatic black bear who was just a cub when I was last there but has now grown into a beautiful adult bear. This time I was able to join the Under 18 volunteers on both the Wildlife Rescue and Elephant Care roles which was great as it offered a really varied experience and allowed the group to work with a large range of animals, having the hands on role with the elephants and the hands off role with the other wildlife.

Duties for the Wildlife Rescue role were as they had been whilst I was there the first time. Volunteers are allocated to a group with a leader and are assigned to a certain set of animals (primates 1, primates 2, bears 1, bear 2 and other wildlife) for the day and this is rotated to allow you to gain experience with a variety of animals. Making enrichments for the animals was a popular job amongst the group. We made parcels of food wrapped up in corn husks so the macaques had to open the parcels to get to the food. We put maize in the dusky langurs’ water containers so they could pick out the treats and gave the gibbons frozen bananas.

On the Elephant Care role, volunteers again were allocated to a group with a leader and were then assigned to 1-3 elephants depending on their location and they spent the day looking after their elephants. Volunteers would ensure that the elephants had fresh drinking water and food in the mornings. They would then clear the enclosure of dung and debris from banana trees that the elephants would have stepped on in order to get to the juicy middles. They would also make banana balls which contain fibre, vitamins and minerals and any medication that the elephants require. Depending on the elephant, sometimes these can be hand-fed. Again, depending on which elephant you had been assigned to, you might get the opportunity to walk with the elephant to the forest area and to give the elephant a shower to help to keep them cool. A couple of times a week volunteers went to a neighbouring farm in order to harvest banana and pineapple trees, it’s hard work but very rewarding.

One example of elephant enrichment which we got involved in was hollowing out a section of banana tree, filling it with treats and then resealing it so the treats were hidden, and hiding fruit and maize around the enclosures, high up in trees and bushes, in holes in the ground and wherever we could think of to provide additional stimulation for the elephants. It was great to stand back and watch them come back into their enclosure, and search around finding treats and demolishing the banana tree enrichments that we’d made!

There’s always a worry when you return somewhere that you enjoyed so much the first time round that it might not live up to your memories of it but for me, it certainly did, and more! Getting to return to the centre with a fantastic group of hard-working young people who were seeing it for the first time was a real privilege for me. The centre had the same friendly atmosphere and allowed volunteers from all over the world to unite in their passion for animals.

There had also been great developments since my last visit with more land being bought and used to expand the centre. Although it’s incredibly sad that they have to expand because animals are still being mistreated around Thailand, it’s an amazing thing that the centre can offer these animals and the additional land means larger enclosures for them. The centre's passion for rescuing animals has certainly not lessened at all, and neither has my desire to return soon.