Elephants having a splash 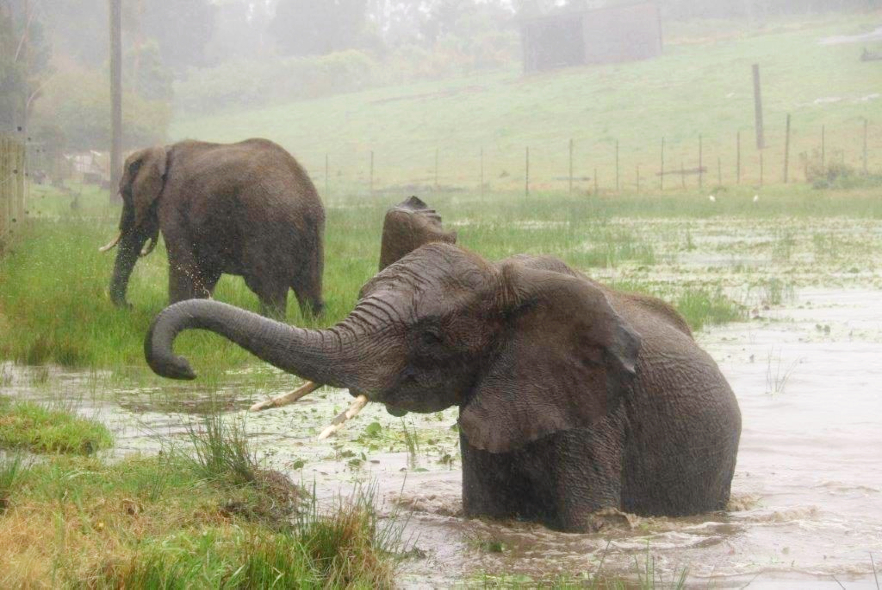 As we advance deeper into the year, the calendar suggests a return of warmer days otherwise known as the Spring season in South Africa. However, as those of you who have been at our Elephant Care and Research project before may know, the Garden Route region of South Africa has its own interpretation of seasons. September and October so far have been filled with a great variety of weather conditions, living up to its reputation where you can often experience four seasons in a day – beautiful warm bright sunshine to chilly windy rains and back again all in one day!

Last week the consistent cold rain, chilling wind and gloomy conditions endured into the early afternoon, Sally the elephant rumbled subtly and the entire herd eagerly followed her lead - they were off was on a mission. They were heading straight towards the dam, and this time it was not just for a drink! Sally the big matriarch elephant took the first plunge, and the herd eagerly joined her in the pond. Excitement took over as the carefree elephants began to frolic in the water, splashing, diving, even going full on submarine with nothing but a trunk snorkel remaining visible from the surface! 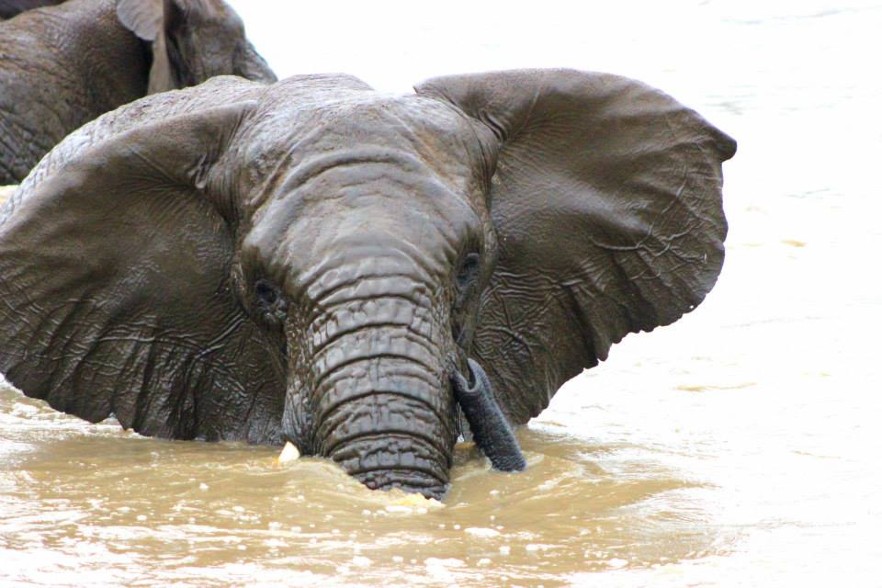 When the weather is cold, wet and windy, elephants seize the opportunity to enjoy a warm swim. The dam being a large body of water, retains heat from when the sun was shining several hours or even days before, and is therefore much warmer than the external surroundings.

Mashudu and Thato proceeded into the water with caution and remained in the shallow waters, relaxing and feeding on water plants. In stunning yet expected contrast, Thandi was playfully raging, flinging water and splashing as far as her trunk would allow. After 15 minutes of swimming, the vigour dialled down and the two that were previously tentative, embraced the dam water, running in and playfully sparring together. It was a matter of minutes until jealousy and fear of missing out dawned on Thandi, and she rejoined the water shenanigans to crash the party of two. This was much to the surprise of Mashudu who let out a startled trumpet, finding Thandi right next to him as he raised his head from the water! 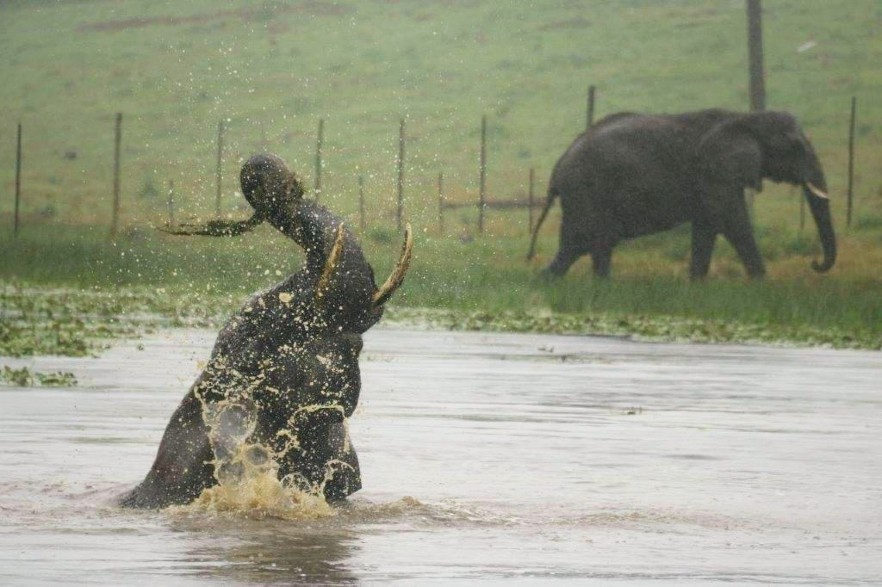 After an exhilarating dip, it was time to return to the field. The excited giants all came out with their spirits renewed and a childlike naughty attitude, running around playfully. Every day can be so different and our volunteers always have new things to learn and experience when they are there.

Lessons from an Elephant #1 - When it rains on your parade, then parade in the rain like an elephant!

If you’d like to join the Elephant Care and Research project in South Africa then head to our project page to learn more about the volunteer role, accommodation and how to join!